The SPVM director guest of honor at ICM's 2019 annual luncheon

The new director of the police department of the city of Montreal, Mr. Sylvain Caron, was the guest of honor on May 7 at the 2019 annual luncheon of Info-Crime Montreal.

The event, which is used to thank the corporate partners of ICM as well as the police officers of the SPVM, gathered more than 150 people in the Le Riviera room in the east of the island.

ICM leaders took the opportunity to present an honorary plaque to Mrs. Rosannie Filato, a member of the Executive Committee of the City of Montreal and newly promoted as Public Safety Officer.

As is the tradition, honorary plaques were also awarded to honorary members of the organization, as well as two other tributes. The first was made to the socio-community agents of PDQ 38, Lina Borremans, Gabriel Couture and Luc Marticotte for their prevention project '' Top as three apples ... and already! a puppet theater with content to counter bullying among youth.

The second tribute was made to Lieutenant-Detective Jacques Lamontagne of the Intelligence Division of the SPVM for his involvement in ICM for ten years and his departure for a well-deserved retirement after an exemplary career of nearly 35 years in the forces of the order.

The activity animated masterfully by Olivier Lapointe from Caisse Desjardins des Policiers et policières was once again a great success.

Congratulations to all the recipients and let's take a look at the photos of this memorable day. 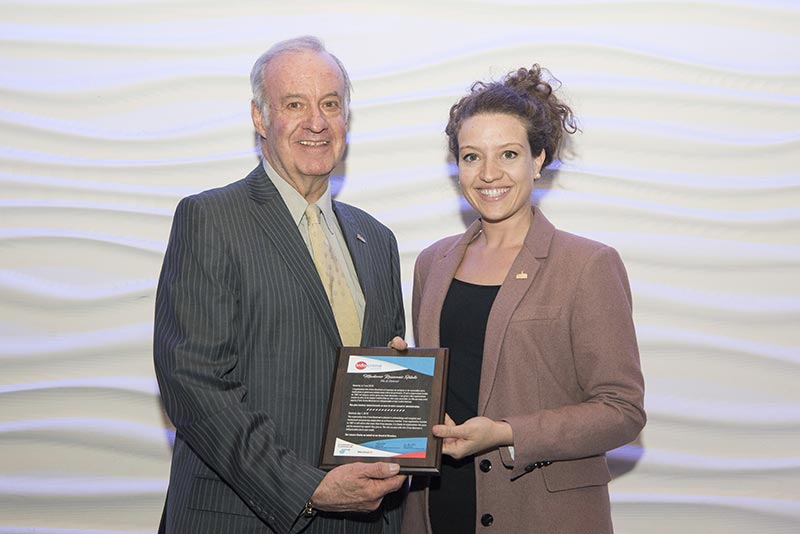 ICM chairman of the board, André Drolet, presenting a plaque highlighting his visit to Rosannie Filato, member of the Executive Committee and Public Safety Officer for the City of Montreal. 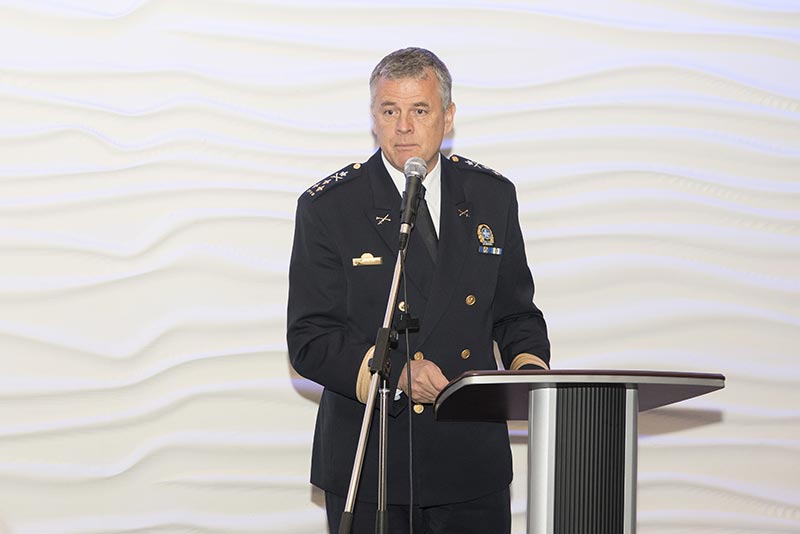 The director of SPVM Sylvain Caron, guest of honor of the event addressing the participants. 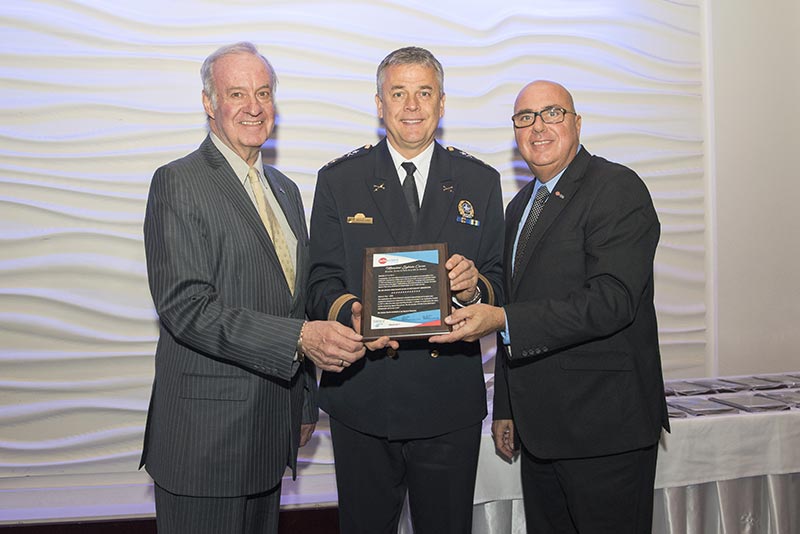 The management presented an honorary plaque as guest of honor.

In the picture, he is flanked by ICM Chairman André Drolet and Jean Touchette, President and Chief Executive Officer. 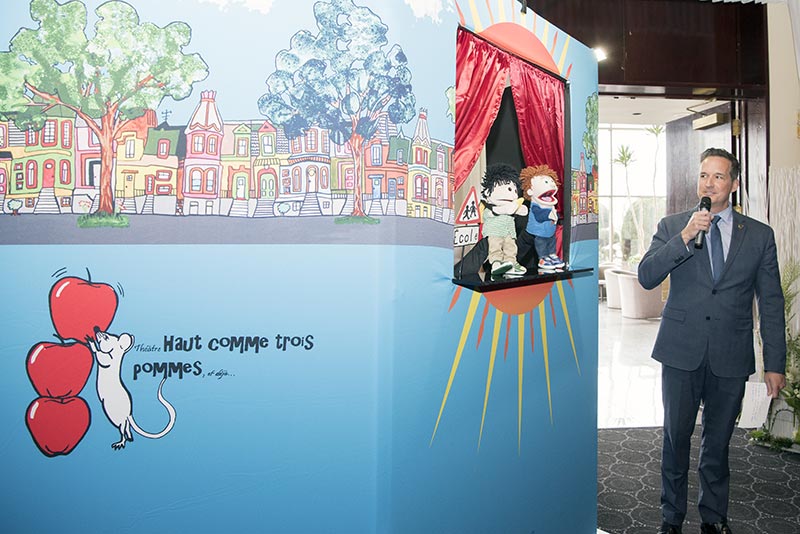 The Master of Ceremonies and Activity Leader Olivier Lapointe, Police Officer and Deputy Director General of the Police Officers' Fund. 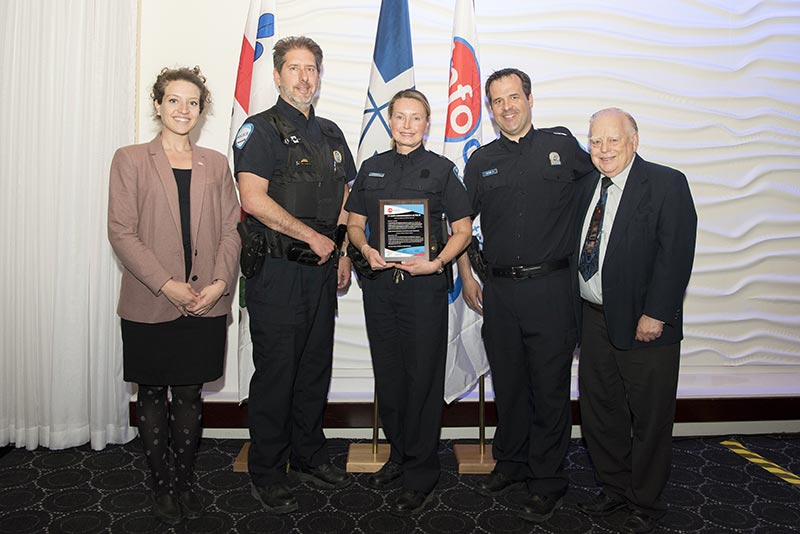 This year, the prevention project that received the highest honors was that of the social and community agents of PDQ38 for their puppet theater project. 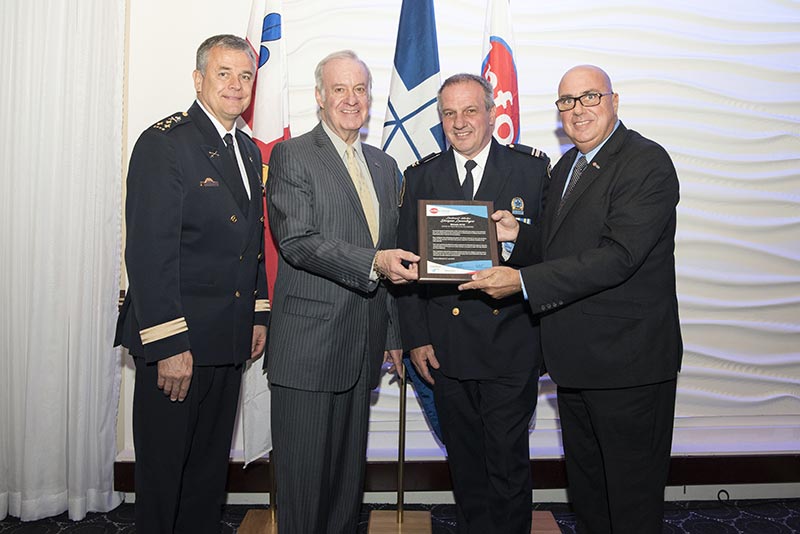 A special tribute was paid to Detective Lieutenant Jacques Lamontagne of the Intelligence Division for his involvement as a delegate of the SPVM to the ICM Board of Directors and a well-deserved retirement. 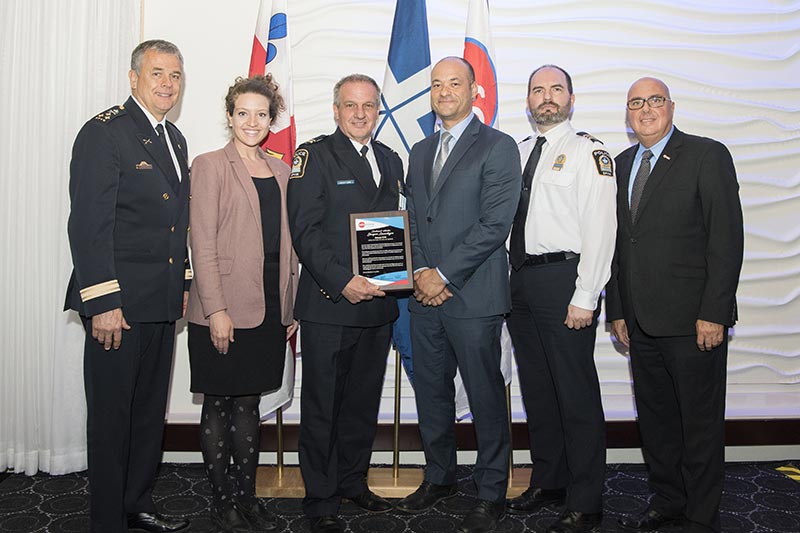 A special thanks to our corporate honorary members 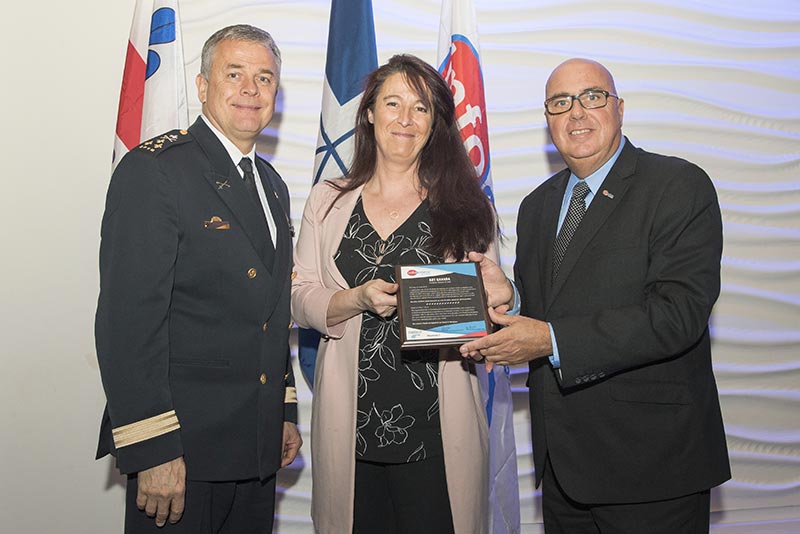 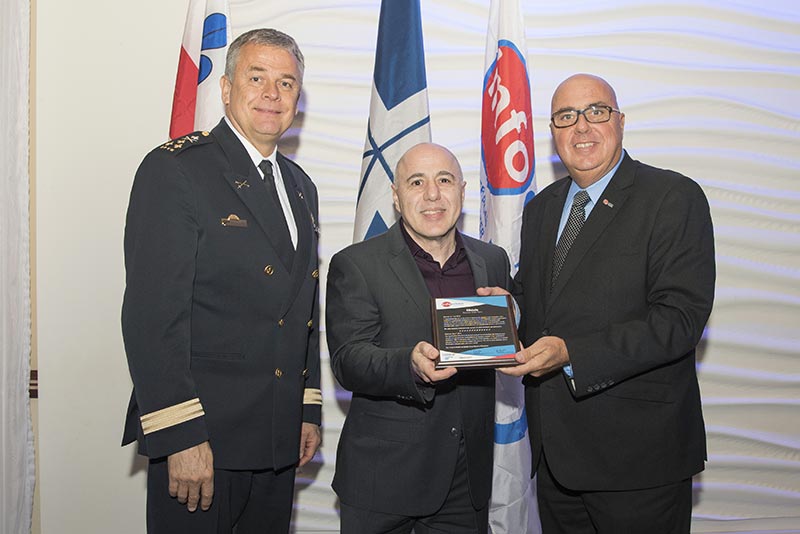 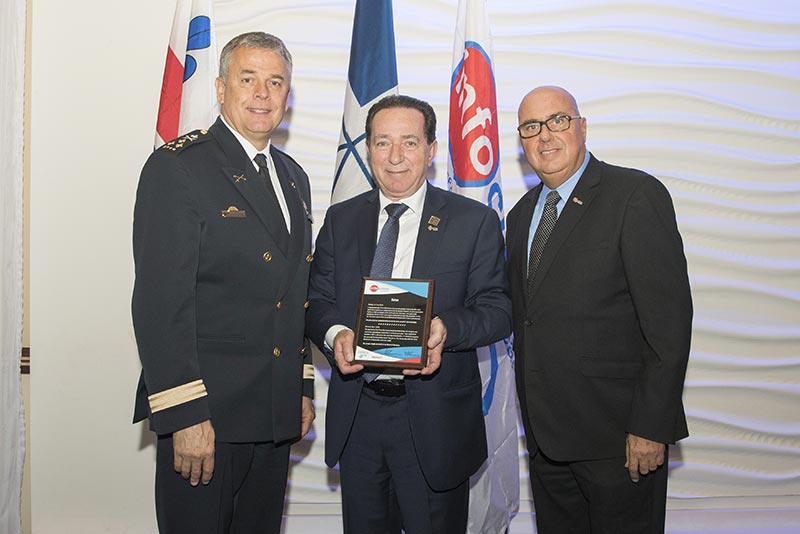 Aviva, in the absence of the delegate, the vice-president of ICM Aldo Arcaro received the plate for them. 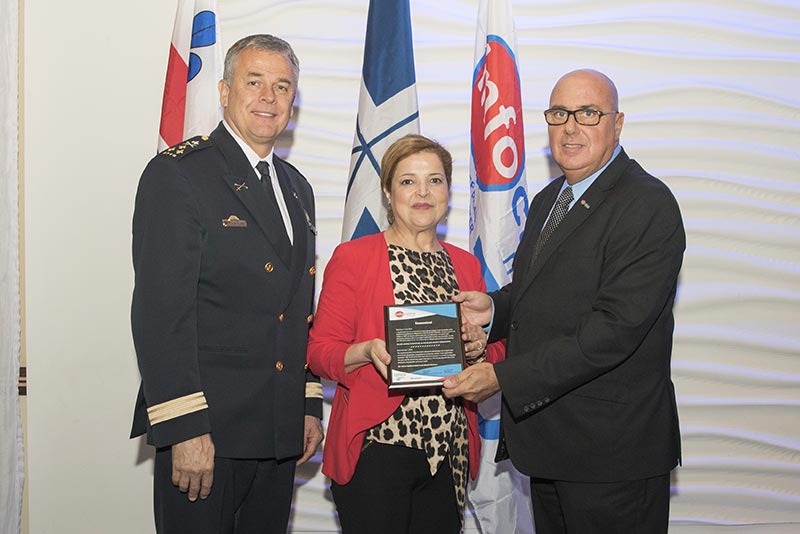 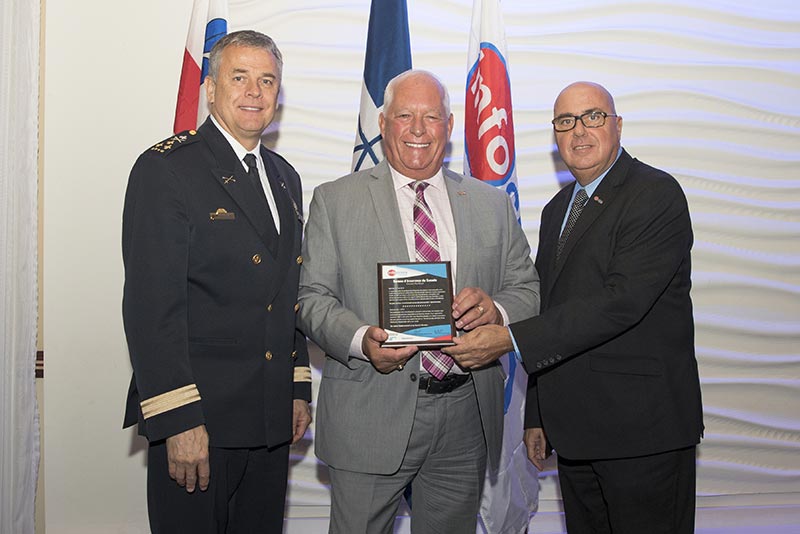 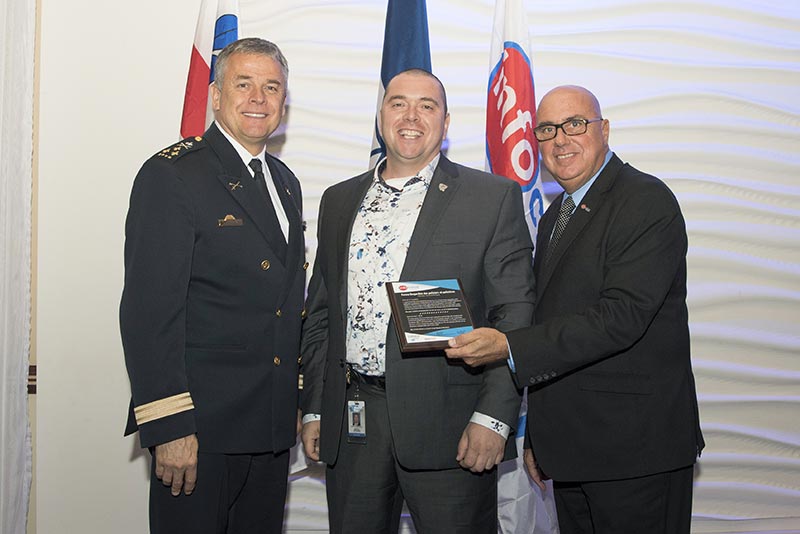 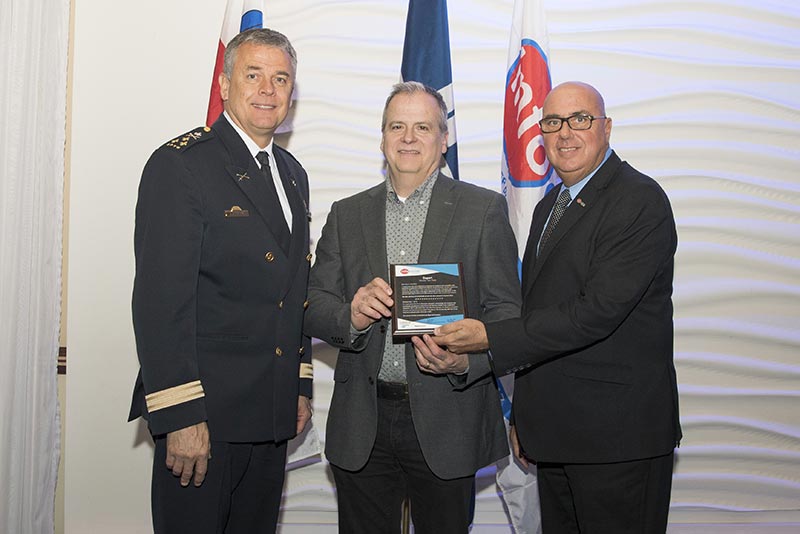 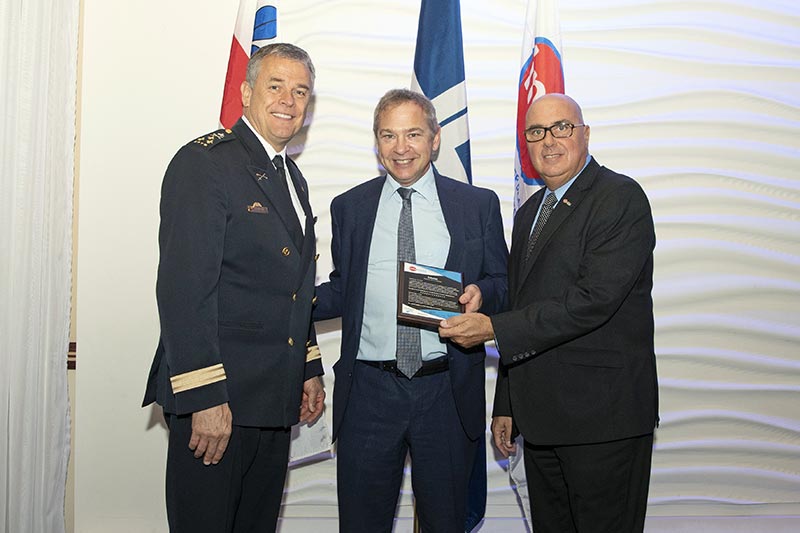 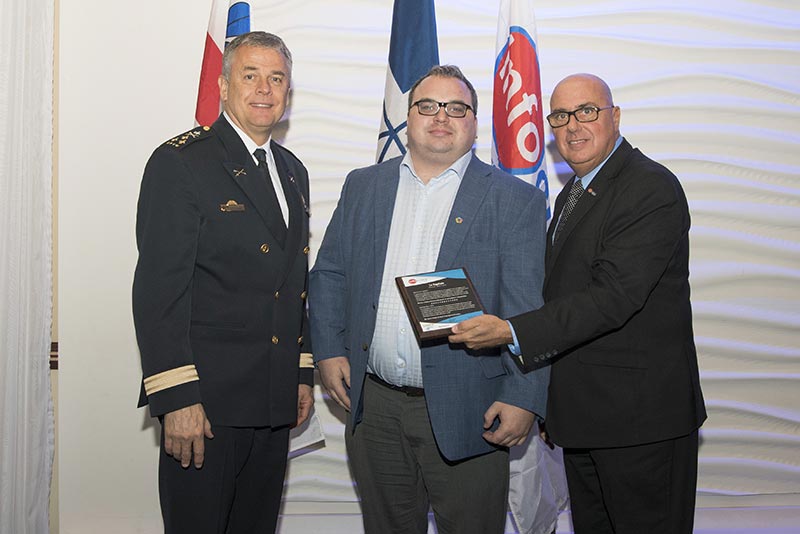 The Capital, represented by Simon Gagné 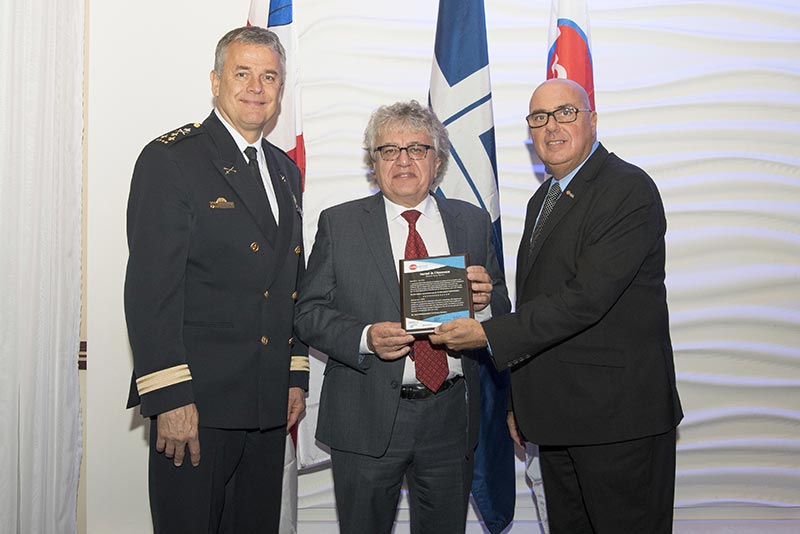 The Journal of Insurance, represented by Serge Therrien 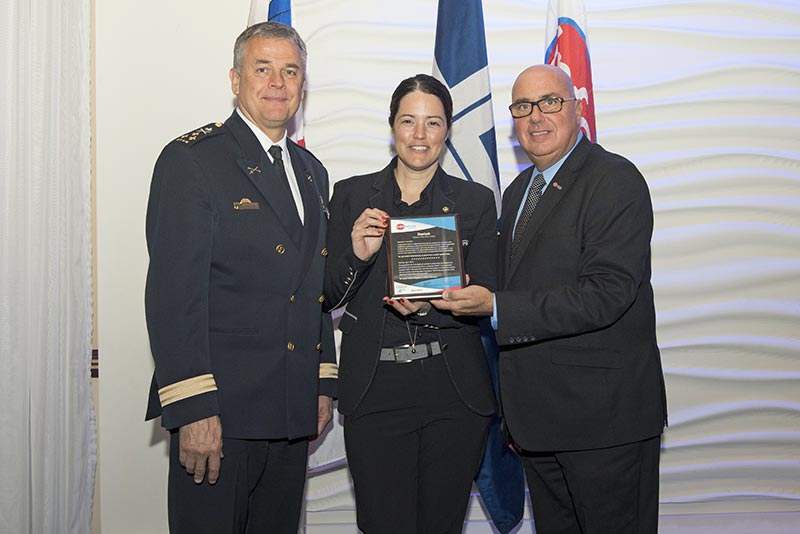 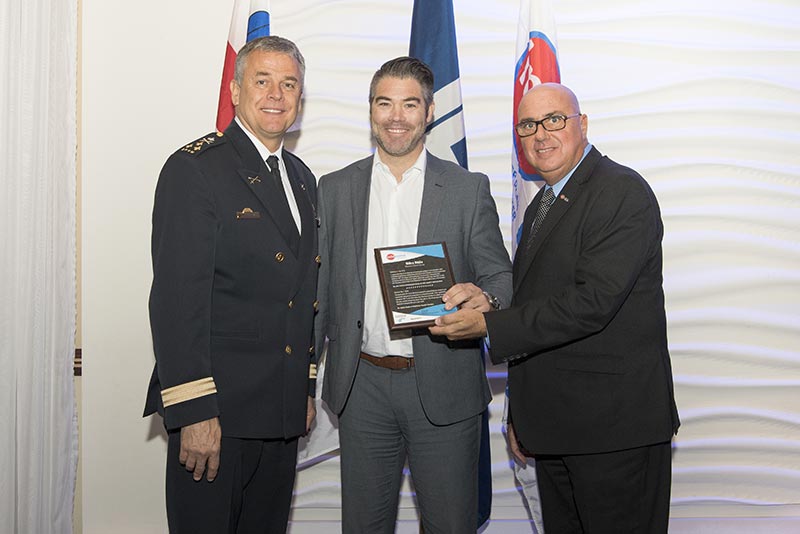 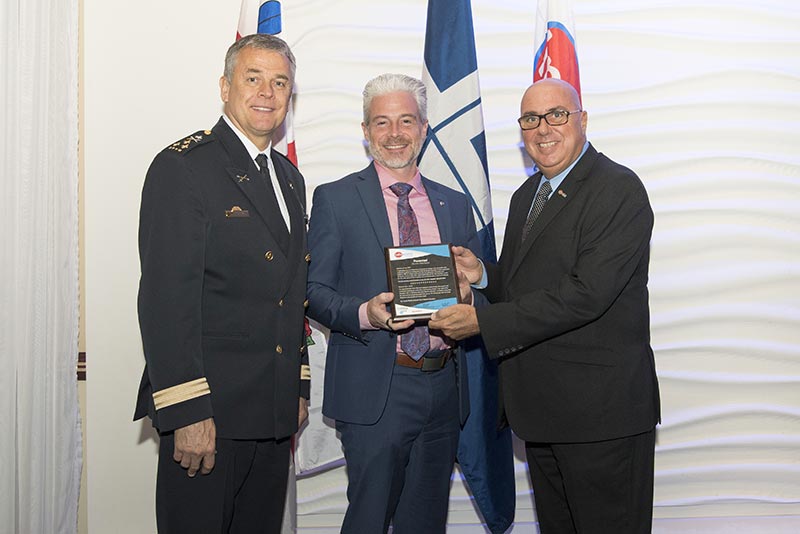 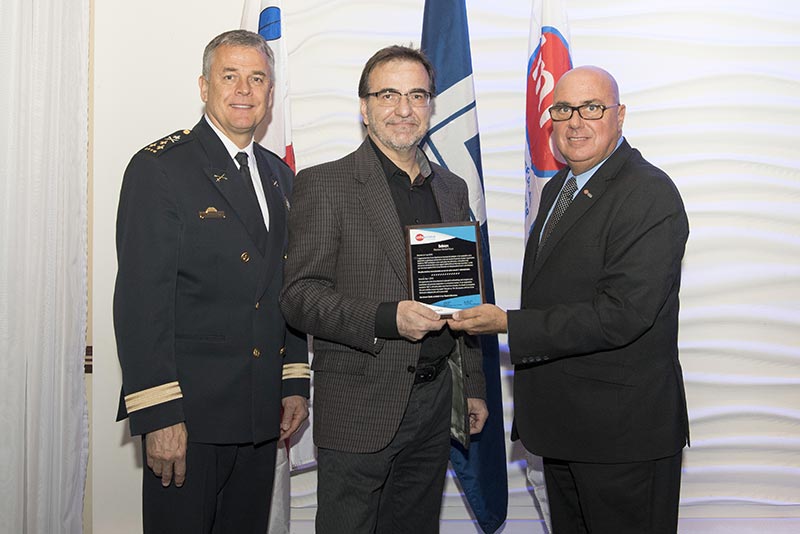 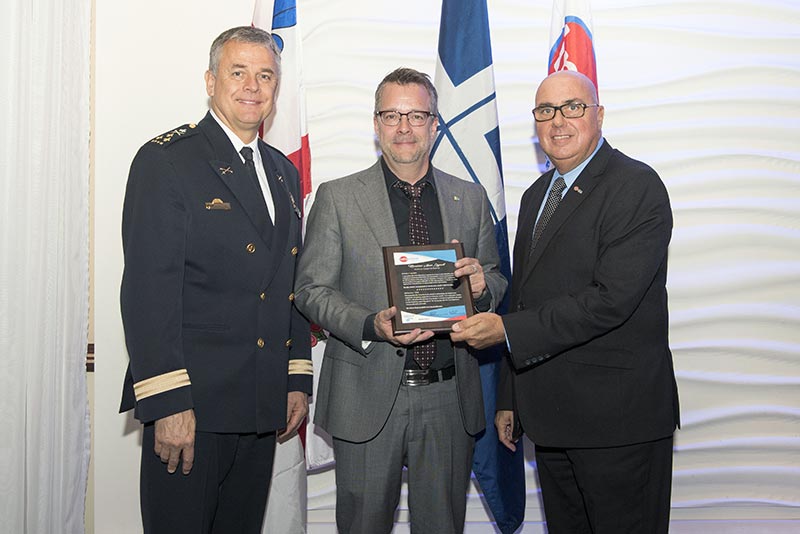 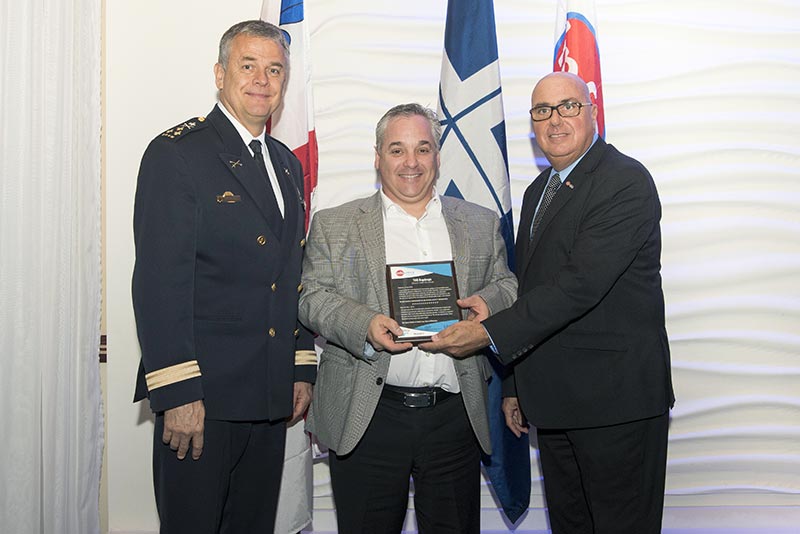