Nearly 200 hand-picked guests attended a moving tribute by Info-Crime Montreal to Ian Lafrenière for service during his career at the SPVM.

The mayor of Montreal, Valerie Plante, and the director of the SPVM, Martin Prud'homme, were present and as the CEO of ICM, Jean Touchette, recalled the huge contribution of Mr. Lafrenière with this partner organization throughout his career in communications at the SPVM, for more than twenty years.

Dedicated and generous, he will certainly have contributed to the success of Info-Crime Montreal much like William Bumbray did in the early 90's at the launch of the program.

During the evening held October 24 at the Riviera Hall in the east end of the city, the guests had the opportunity to attend a busy evening with the opening of interesting kiosks of some divisions of the SPVM, including the GTI, the forensic identification, the K-9 canine squad, the SPSU prevention and urban safety section and even the Police Museum. A great success, achieved for a great cause, that of protecting the citizens who are witnesses of criminal events who wish to contribute to fight crime effectively with us and in complete anonymity. Report to respect yourself, a number to remember 514 393-1133.

Congratulations to Ian Lafrenière and thank you to the mayor, Mrs. Plante and the SPVM director, Mr. Prud'homme, as well as all the other guests and partners who participated in this memorable evening dedicated to a man serving others. 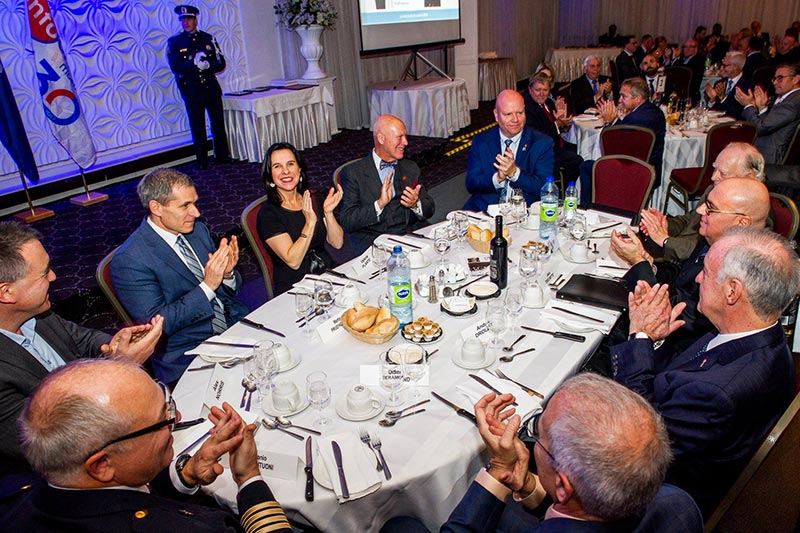 A successful annual dinner with nearly 200 people at the Riviera hall. 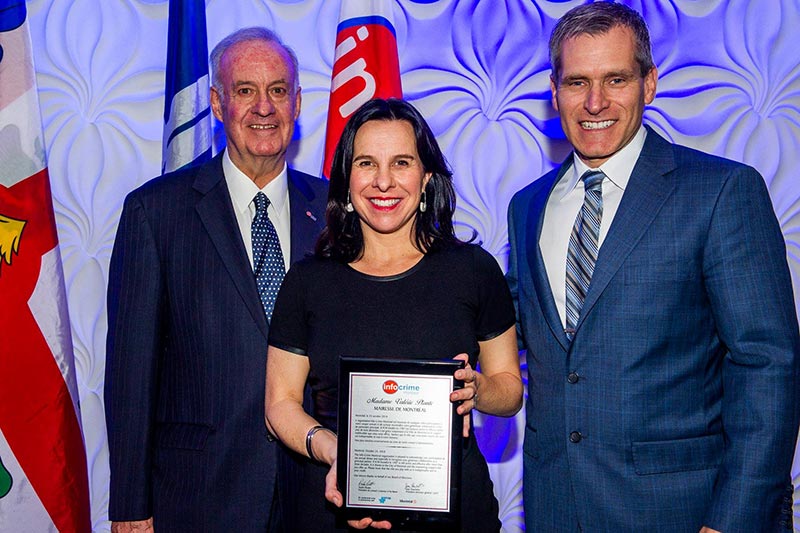 Mayor Valérie Plante received from ICM Chairman of the Board André Drolet a souvenir plaque highlighting her participation in the 2018 annual dinner with police chief Martin Prud'homme. 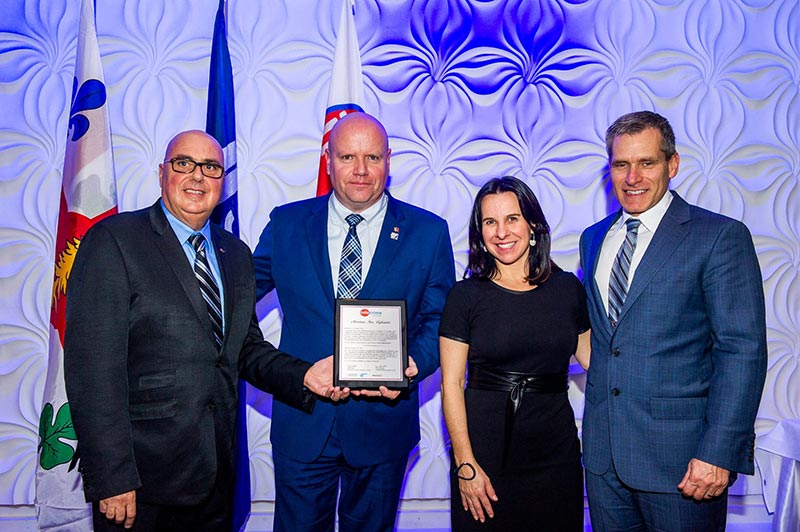 ICM President and CEO Jean Touchette, Ian Lafrenière, Guest of Honour, Mayor Valerie Plante and SPVM Director Martin Prud'homme at the official presentation of a commemorative Thank-you plaque for his service to ICM. 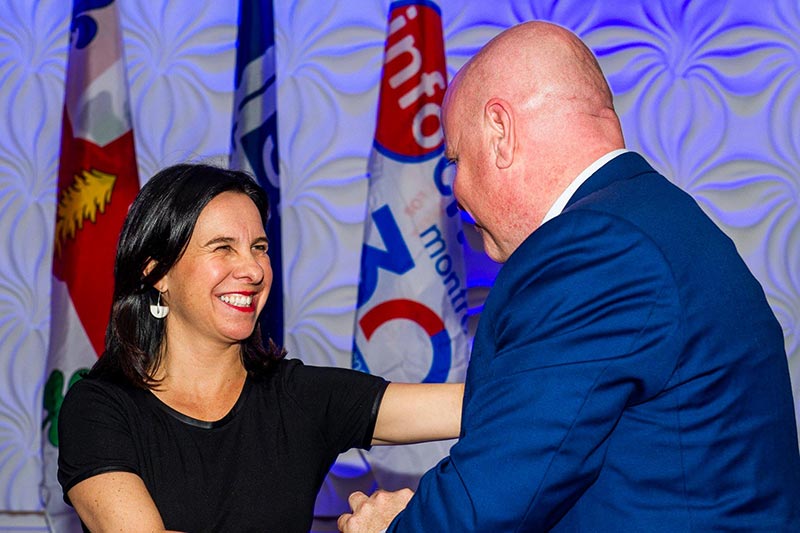 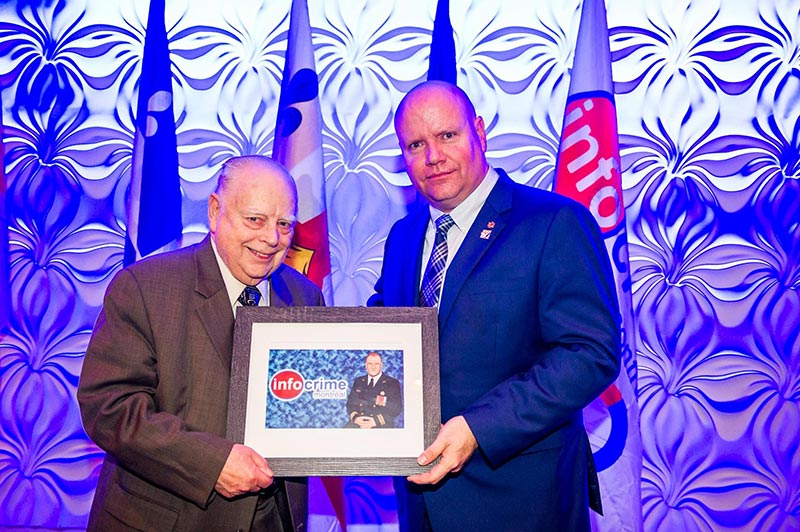 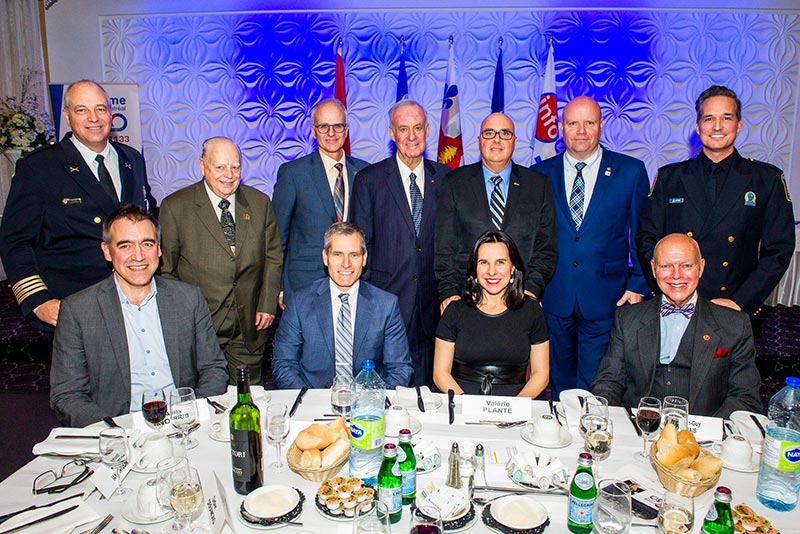 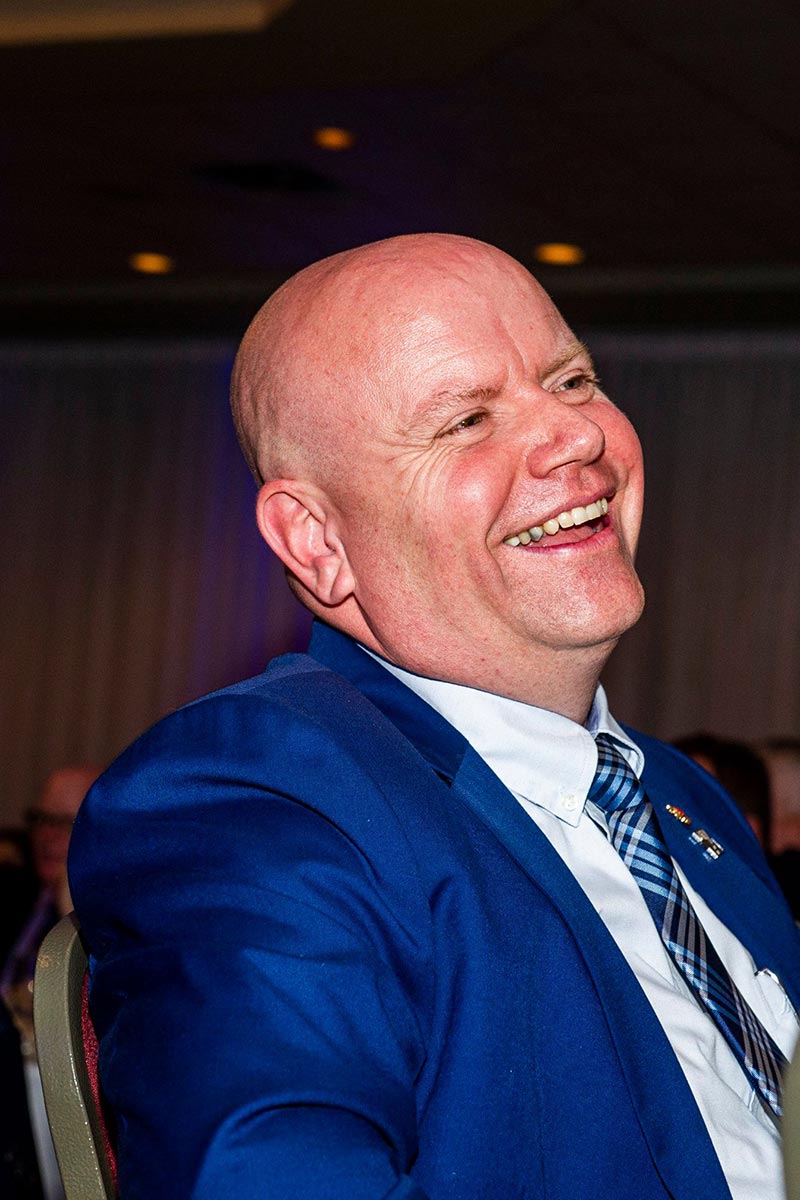 Ian Lafrenière greatly appreciated the tribute made by ICM. 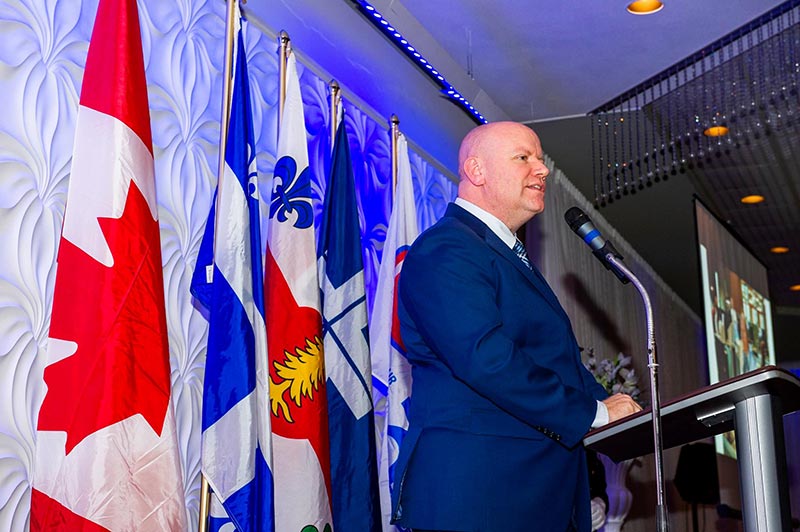 Ian Lafrenière was touched by this vibrant tribute. 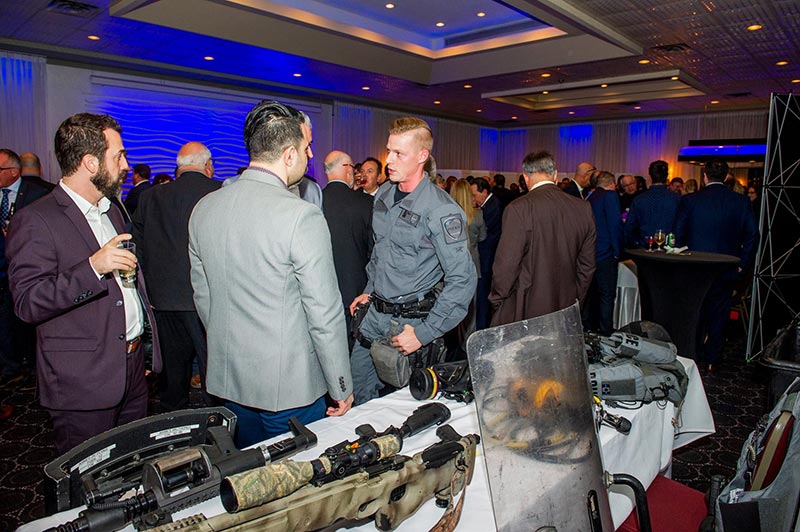 During the cocktail the guests had the opportunity to see several kiosks representing different units of the SPVM. 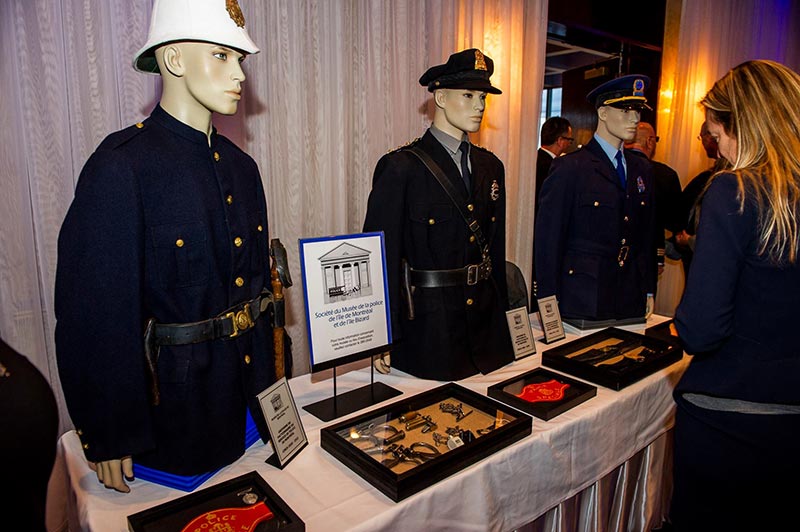 The booth of the Police Museum, a beautiful memory of the past. 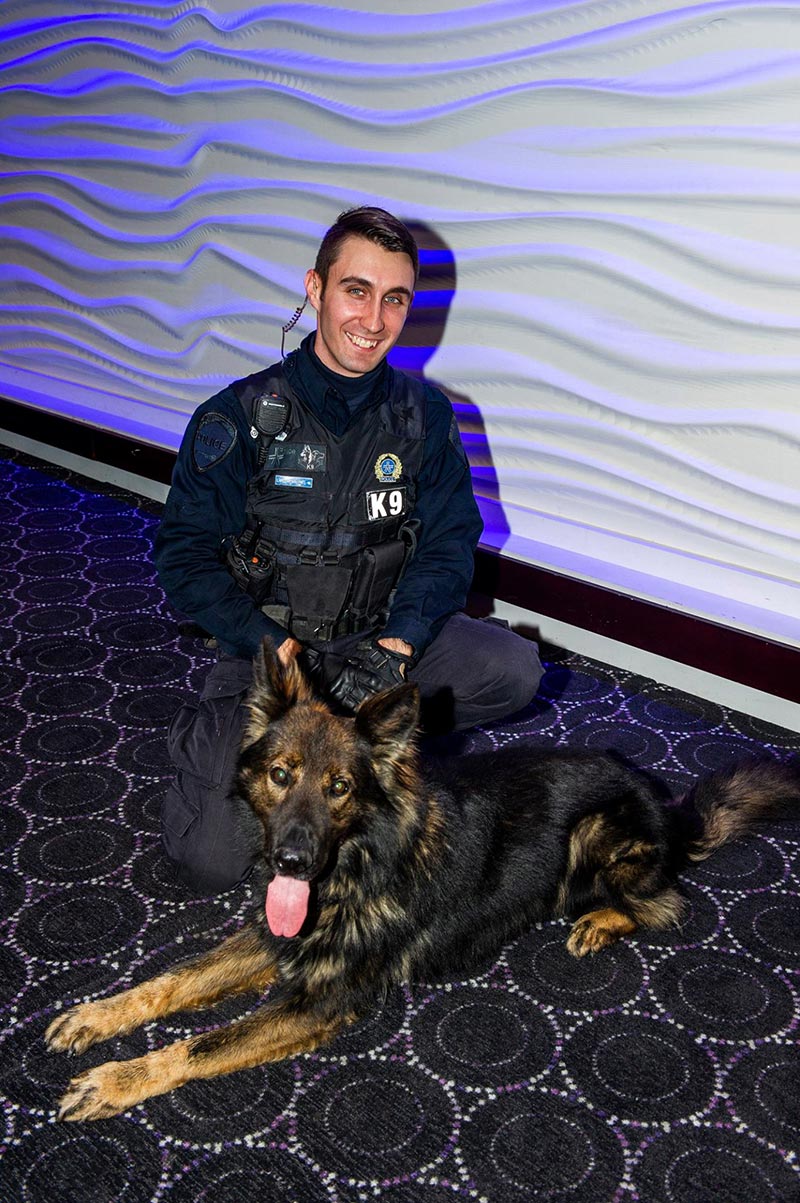 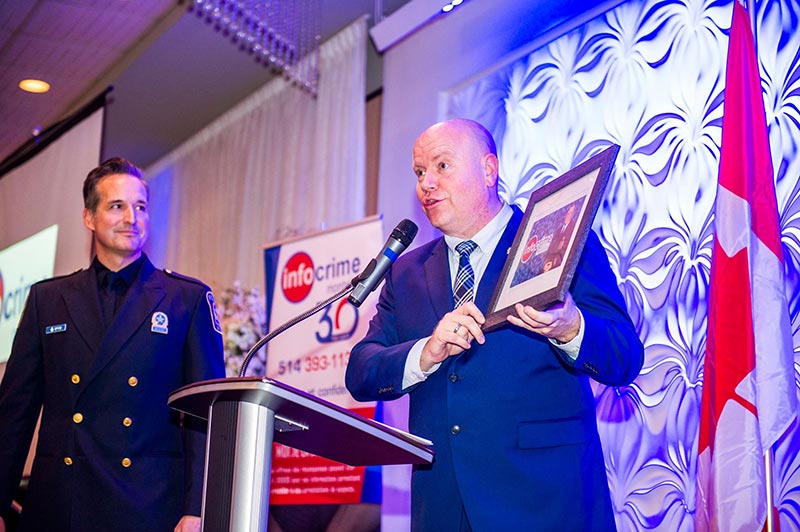 Olivier Lapointe, Deputy Director General of the Caisse Desjardins des policiers and policières and a member of the ICM Board acted as master of ceremonies for the evening.