The director of the SPVM, Martin Prud’homme, was the guest of honour at Info-Crime Montreal's annual recognition luncheon, which reached a record attendance this year with 160 people.

This annual meeting, which serves to underline and recognize the support of our honorary members as well as the work of the SPVM police officers, was held at the Le Riviera Banquet Hall on May 8th.

For the occasion, ICM leaders took the opportunity to pay tribute to the "Unity Without Violence" prevention program, which is celebrating its 10th anniversary this year. During the event some 20 plaques were presented to honorary members and special guests by our ICM Chair André Drolet and by Jean Touchette, ICM's CEO, accompanied for the occasion, by the guest of honour, Martin Prud'homme, director of the SPVM.

During the ceremony the participants were also treated to vibrant testimonials from 2 students and their teacher, confirming the Unity Without Violence program in their school. Congratulations to all and thank you to SPVM's agent Manon Vouligny, who has been coordinating the program since 2008, and also to Liette Picard, teacher in police technology at the Sherbrooke CEGEP. She was the initiator of USV program across the province. 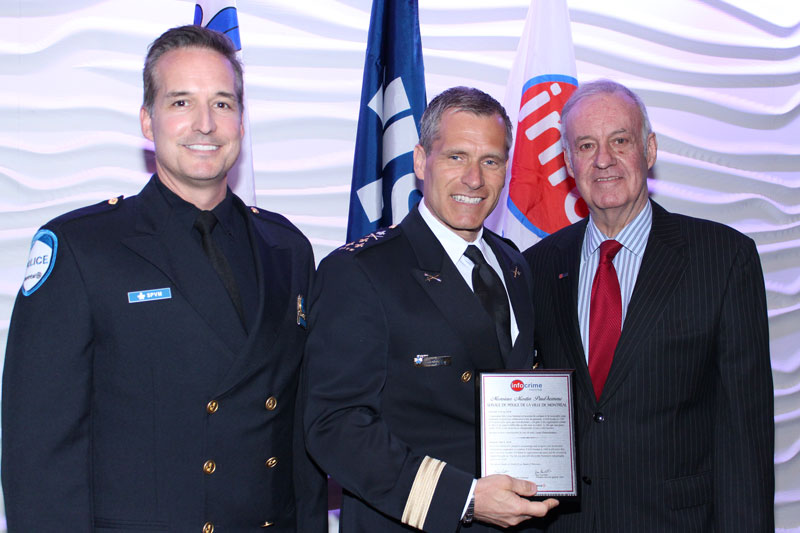 ICM Chairman of the board André Drolet presenting a souvenir plaque to guest of honour Martin Prud'homme, Director of the SPVM. In the photo they are accmpanied by Olivier Lapointe, master of ceremony of the event and member of the board of directors of ICM. 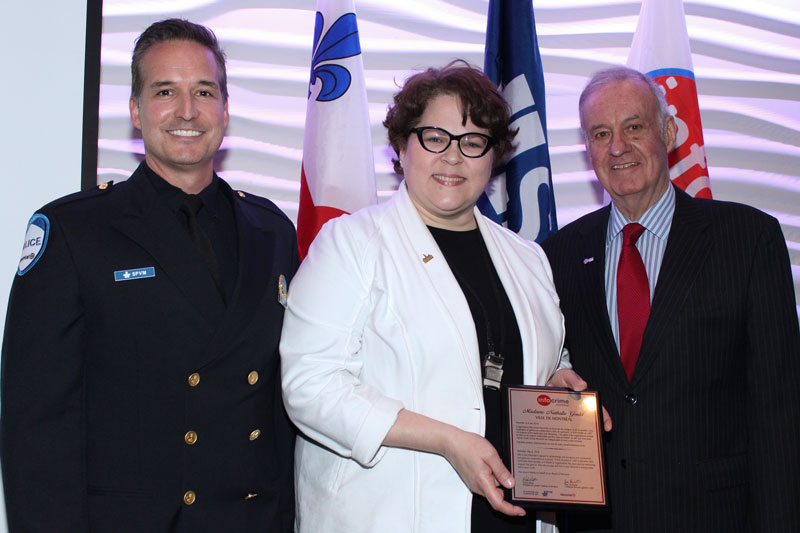 Nathalie Goulet, member of the executive committee and responsible for public safety in the city of Montreal, representing Mayor Valérie Plante for the occasion. In the photo, she receives a souvenir plaque recognizing the City’s support for the organization. In the photo, she is surrounded by André Drolet, chairman of the ICM board and Olivier Lapointe, MC of the event. 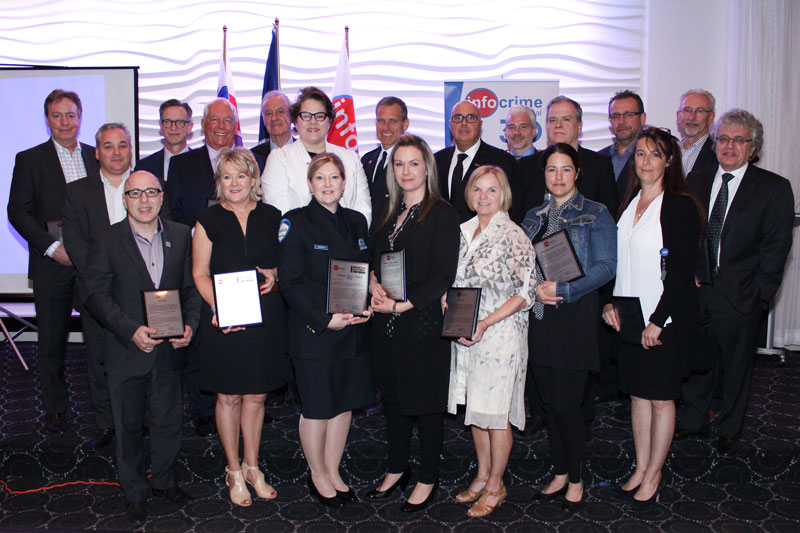 At the event, 20 honorary plaques were awarded to various guests including fifteen to honorary corporate members of Info-Crime Montreal and one to SPVM agent Karine Lampron for service to our organization. 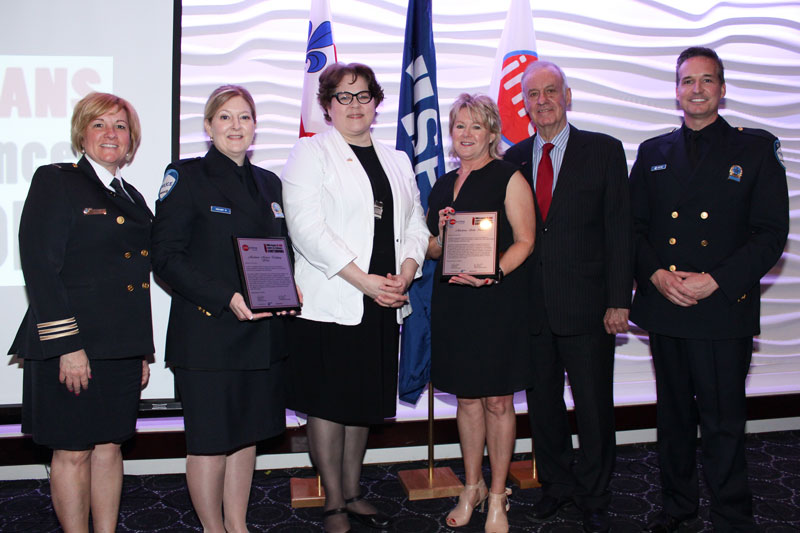 ICM leaders decided to pay tribute to the "Unity Without Violence" program, which is celebrating its 10th anniversary this year. An honorary plaque was given to SPVM officer Manon Vouligny, program coordinator, and Liette Picard, who initiated the program for the province. In the photo are, from left to right, Caroline Cournoyer, SPVM SPSU section commander, Manon Vouligny agent, Nathalie Goulet, member of the Executive Committee of the City of Montreal, responsible for public safety and security. for the occasion representing Mayor Valérie Plante, Mrs. Picard, André Drolet, Chairman of the Board of ICM and Olivier Lapointe, MC and Board member of the organization. 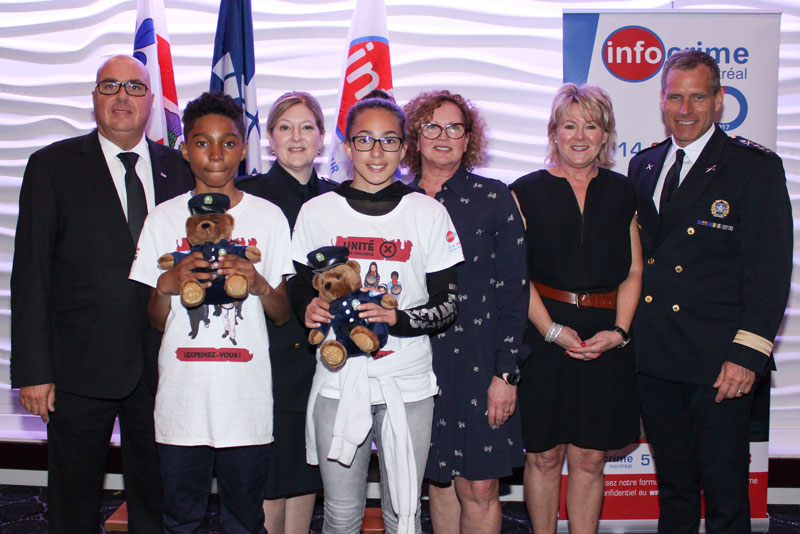 Vibrant testimonies of the goods made by the program in their school were delivered by 2 students and their teacher from St-Vincent-Marie school. On the photo from left to right, Jean Touchette, CEO of ICM, student Nazzal Ali Vickhen, agent Manon Vouligny, student Elianne Couture, Johanne Germain educator, Liette Picard, instigator of the program and teacher in police technology at CEGEP of Sherbrooke and Martin Prud'homme, director of the SPVM and guest of honor at the event. 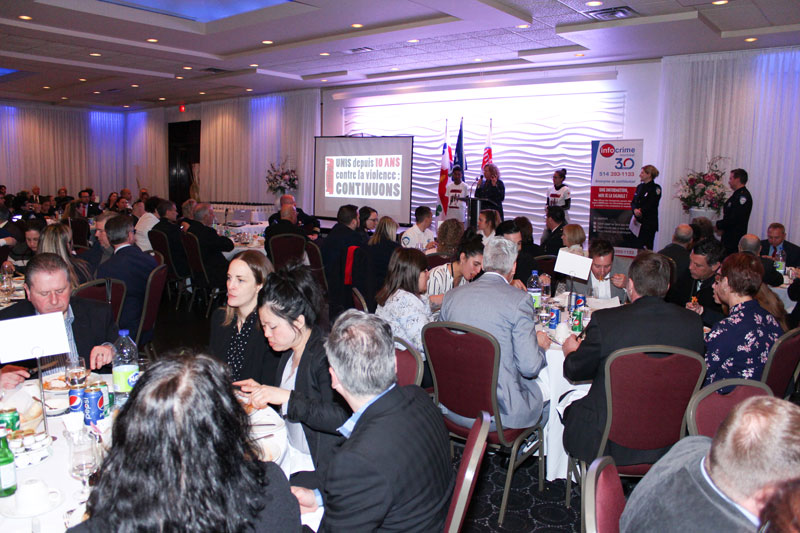 A record participation was established at the annual recognition luncheon 2018 on May 8 with 160 people present. A great success for Info-Crime Montreal.