The Service de police de la Ville de Montréal (SPVM) and Info-Crime met at the Complexe sportif Claude-Robillard, for the 9th consecutive year, with young people who were involved in the United without violence: express yourself ! program so as to highlight their commitment to not accept violence, to express themselves and thus reduce this phenomenon which is present in the lives of young people. 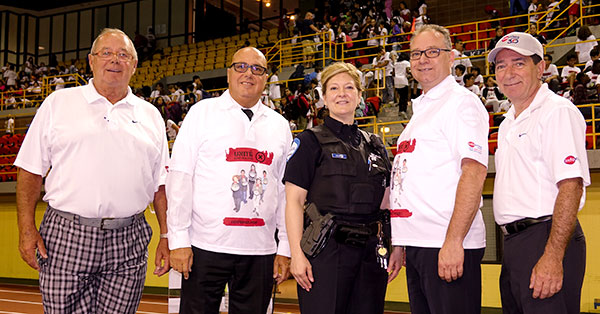 On the picture, from left to right, André Turcotte, member of the ICM Board of Directors, Jean Touchette, CEO of ICM, Agent Manon Vouligny, responsible for the USV program, Stéphane Bélanger, Assistant Director, SPVM, and Aldo Arcaro, Vice-President of ICM. - Photo SPVM

This year, more than 1000 students were present, which eloquently demonstrates the pertinence of this program in the school milieu over the past nine years. It truly answers the preoccupations of primary schools which by putting in place a plan to fight to prevent bullying and violence.

Mr. Stéphane Bélanger, Assistant Director in the Operations Department of the SPVM, reminded students of the importance which the SPVM accords to prevention programs in the school milieu, particularly students in the 5th and 6th years, coming from some thirty schools throughout the territory of the Island of Montreal. He stressed the influence which they display vis-à-vis students through their efforts and highlighted their desire to act to fight the phenomena of violence, such as harassment and bullying. Mr. Bélanger was accompanied by Mr. Jean Touchette, President of Info-Crime Montreal, a partner in this program since the outset.

This day, although filled with activities, permitted the students to participate in a workshop which they chose in relation to their areas of interest. In this way, they met positive models who share their passion. To lighten the day, the students participated in a show and musical presentation. At the end of a full day, the students returned to their respective schools, rich with a new experience to promote a secure environment free of violence. 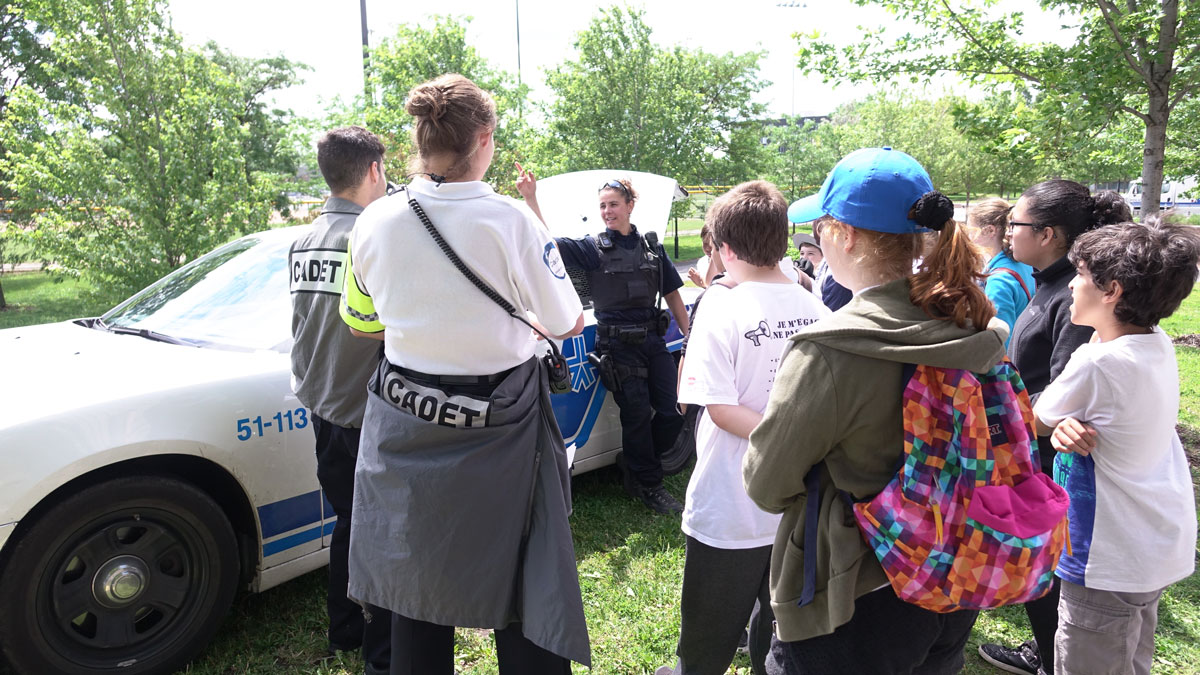 This 9th édition of the United without violence day is a project of the South Division of the Service de police de la Ville de Montréal (SPVM).